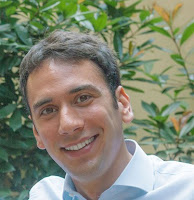 When getting ready to run an online campaign, marketers are faced with two excruciating pains today. The first is customer journey complexity. The second is fake, non-human conversions.

Let’s start with our customers’ journey.

The reality that unfolds before our eyes is of unmanageable complexity. Consumers are hyper-mobile, always connected and move along unpredictable journeys towards their final conversion. Tracking all this is almost impossible as the combinations are so many that approaches that involve demographic segmentation, behavioural targeting and the like are not effective any more.
We need tools that can manage this complexity for us. Programmatic advertising is part of the answer as it delegates to machine algorithms the complexity of finding a target group that converts, as they can find the best match for our objectives dynamically.

In a nutshell, what happens is that an advanced artificial intelligence algorithm starts placing ads on different networks, targeting different groups and then adapts in real time spending more on those clusters that are converting better, while reducing if not shutting down completely the less performing clusters.
This way, we, as marketers, only need to define clear KPIs, without worrying about finding the right target as the machine will do the job for us.

Online ads are flawed by a crazy high number of non- human impressions and clicks that alter our KPIs and reduce the effectiveness of our media spending. Again, programmatic can help us reduce this issue as the artificial intelligence behind it “learns” what a human conversion looks like, so that it can then spot suspicious conversions that do not behave as a human would and blacklist it, increasing overall campaign efficiency.

Clearly also, bots are picking up the fight with similar tools, but to date programmatic campaigns are indeed less likely to be victim of fake conversion as the huge amount of historical and behavioural data they analyze allows to reach unprecedented level of anti-fraud sophistication.

Programmatic is also a great source for consumer insights and innovative market research. To this extent, the Toyota example in the US has already made a case for it. Toyota had to market a new hybrid sedan and launched an online campaign targeted at white, Protestant, wealthy households in the centre of urban areas. In parallel, they also decided to run a test with programmatic to compare the different performances.

The results? Programmatic campaign data showed that the most responding customers to the campaign were Afro American households in suburbia, unearthing an untapped basin of prospects that Toyota would have not probably discovered using traditional market research techniques.
-----------------------------------------------------------------------------------
Managing Acer digital presence in 55 markets across PANAM, EMEA and APAC, Francesco is responsible for global design and execution of digital marketing, web operations, e-commerce, CRM, social media and analytics. Francesco  started as a digital entrepreneur and then worked as a management consultant and corporate manager. He has worked in both global headquarters and local operating companies, thus mastering global strategies and complex transformation programs as well as executing pragmatic, local initiatives to drive sales and increase operational efficiency.
Posted by Unknown at 9:10 AM